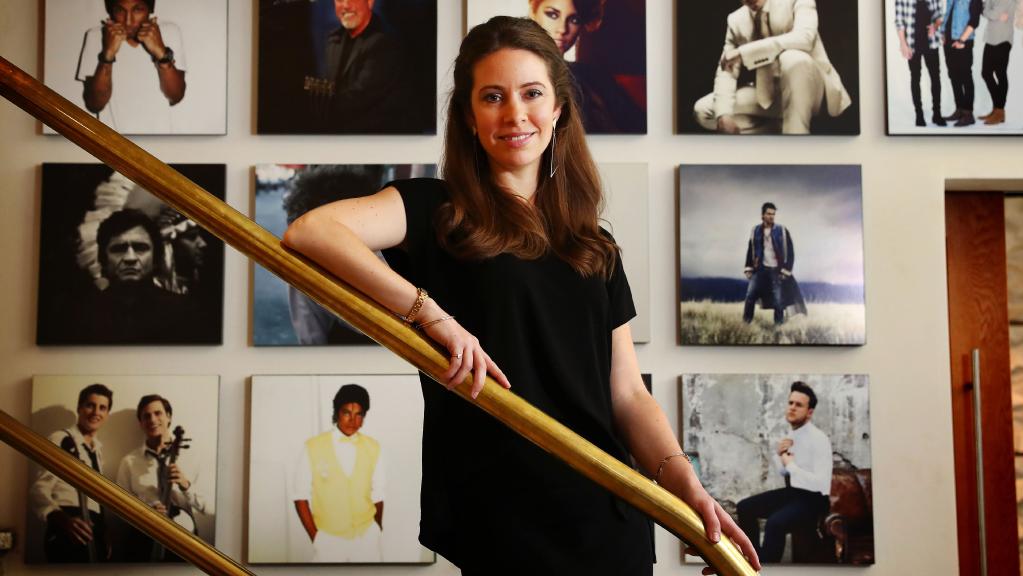 A classical saxophonist is hoping to teach schoolchildren to inhale and exhale away their anxieties. Amy Dickson is piloting a breathing technique program at a handful of Australian schools this month aimed atimproving the mental health of primary schoolers. The “Take a Breath” campaign has seen success in Britain and will roll out in British schools in September.

The musician, who moved from Sydney to London in her teens, is collaborating with the organisation Children and the Arts, which focuses on bringing creative experiences to British schools in disadvantaged areas. Dickson, who often performs the saxophone to entertain primary students at these schools, says teachers revealed their concerns about the increase in anxiety problems they had observed among students. “I was speaking to the teachers at these schools and there were more and more saying childhood anxiety and mental health (issues) was becoming much more of an issue than it was only five years ago,” Dickson says. “So I started to do gentle breathing exercises with them, and it seemed to help.” Dickson says an important part of the program was to teach children when the right time was to take breaths. “If they’ve fallen over in the playground and hurt their knee, or have no one to play with in the playground, or can’t do a maths question, or have had a fight a home,” she says. “It’s a moment of reflection, to stop, and recalibrate … (and) hopefully in the long term it builds a sense of selfawareness and strength within them.”

Dickson, who is here to perform this week at Symphony under the Stars in Launceston, and to promote her new album Glass, covering the works of American composer Phillip Glass, says she formed an obsession with breathing when she discovered she wasn’t doing it correctly. Following complaints of back pain, a doctor used a capnometer to measure her breathing, and the results were less than satisfactory. “Which shocked me because it’s my job (to breathe well),” she says. In order to perform Glass’s works on the new album, Dickson also taught herself circular breathing in order to create a continuous tone without disruption. Originally from Sydney’s northern beaches, Dickson ran a workshop last week at her former school, Elanora Heights Public School, and yesterday at Risdon Vale Primary in Tasmania. On Thursday, she will run one at Mowbray Heights Primary School. “One of the things I found most fascinating is that most children are born breathing well. It’s a bit like posture,” she says. “By the age of five, they have most often developed tensions and inhibitions, which leads to bad habits, and can put them in a permanent (state of anxiety). Their responses (to stress) are heightened.”

“There you go Mummy, now you look beautiful.” #feelinggorgeous https://t.co/wXnBmfAMbg
12 hours ago

This week's #SoloSession is up on my YouTube channel! Ben Gaunt's "East Coast, in the Rain" https://t.co/atTje0qsho via @YouTube Enjoy!
4 days ago

RT @templemusicfdn: On 12 November award-winning, British composer, John Ashton Thomas curates and introduces his pick of his own chamber m…
9 days ago
More